The first edition of the summer field course in Built Heritage and Cultural Landscapes compared the parish cores of St-Pierre Barachois (catholic) and St.Peter’s Malbay (Anglican) churches, both located in the greater city of Percé. The analysis of the components of these two cores (churches, cemeteries, presbyteries, convent, schools, etc.) revealed that there are as many similarities as differences in the internal organisation of space and the relation between the buildings and nearby structures. Each parish core played significant economic, social, political, and cultural roles in the evolution of the community. 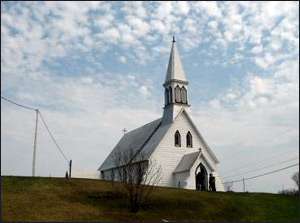 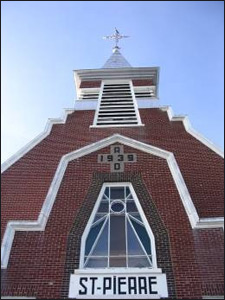 A good part of this intensive course takes place on site, with the remaining time spent in the classroom or the studio. Regardless of the space the group chooses to study on a given day or the method applied or whether the organisation of work involves individual effort, small teams, or the whole group together, the professors’ support is constant. Everyone is called upon to collaborate and discuss with each other, students and professors truly engage in teamwork. 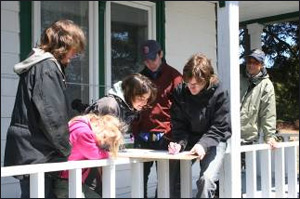 One of the premises of the course is that the built environment is an archive. To glean the best information from this archive, students are coached by experienced teachers. They invite students to question the visible traces to learn about the building’s construction, its evolution, and its users. Students are encouraged to pose hypotheses about what they observe in the built world that they can then attempt to verify by also examining historical and iconographic documents, reviewing oral history transcripts, among other sources of data.

Not only does the course develop knowledge about the region’s culture and history, but it also introduces architectural and landscape survey techniques including the operation and utility of new tools. Students learned how to use a GPS receptor and photogrammetry (creation of a virtual three-dimensional model with digital camera photography and specialised software), they applied these tools on site and then discussed of the validity of their use in the surveying and documentation of historical sites. 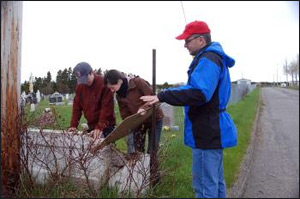 The professors aren’t the only ones who contribute to the students’ knowledge. The people living in the two parishes met with them to discuss their concerns and the stakes involved in the future of their parish. By conducting interviews (that students learned to prepare) the parishioners recounted their memories and stories, thus enriching the appreciation and the interpretation of place. 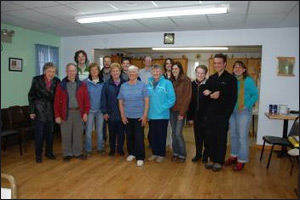 Following the documentation and analysis of rich and diverse sources of information, local professors, representatives of government authorities and organisations in the field of culture and heritage, professionals, parishioners and key community stakeholders convened at round-table followed by a day-long workshop. The goal of these meetings was to identify the problems and potential solutions concerning the present and future of the religious heritage of Gaspé villages. Working with participants, the students put their knowledge and hypotheses to the test, and they created contacts with the key people of the region. 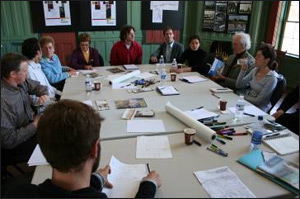 The students and professors shared the results of their three intensive weeks of field work at an exhibition held at the Villa James in Percé. Many of the people who had cooperated with the students, as well as community members interested in the subject, the simply curious turned up, making a great success of the event. All were proud of the work collectively accomplished. 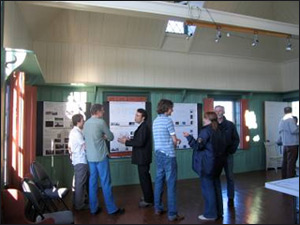 Although the main objective of the field school in the Gaspé region is learning, students and professors nonetheless have the opportunity to have fun and explore the beautiful Gaspesian landscapes: mountain hiking, sea kayaking, boat tours and fires on the beach are only some of the possible weekend activities. 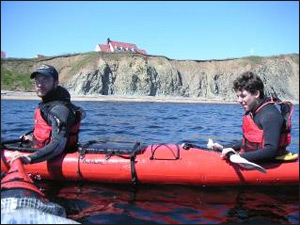 Students and professors continue discussions outside of course hours: they all get together a couple times during the field school to share meals that often feature local delicacies, to wrap-up the day’s activities or simply to better get to know each other. 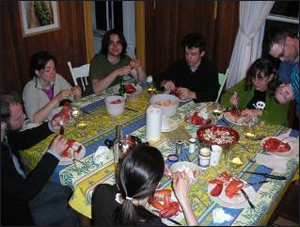 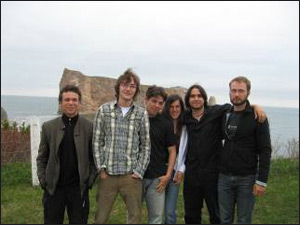